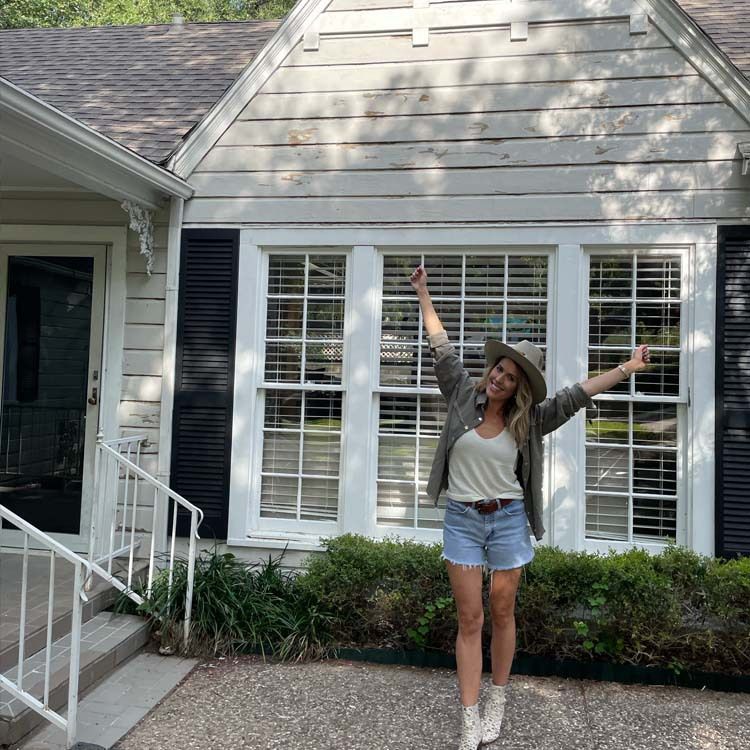 Fort Worth is discovering the energy and creativity of Brittany Cobb.

The Dallas-based entrepreneur is about to open her third business in Fort Worth since July.

Cobb, is CEO of Style Concepts, the Deep Ellum-based company that includes her retail, e-commerce and hospitality concepts Flea Style, Heirloom Haul, Game Day Style and her newest ones, Wide Brim and the Bungalow.

Wide Brim is a hat and sundries shop that opened in July inside the new Hotel Drover, a Marriott autograph collection hotel designed for Fort Worth with a rustic luxury décor. The Drover opened in March in the Stockyards Historic District’s Mule Alley area, which is getting a $175 million renovation.

Wide Brim’s hats, a signature personal wardrobe accessory for Cobb, are decorated with new and vintage materials and sell for $148 each. Stetson is making a pink one to add to the selection.

Flea Style, Cobb’s fifth store, will open in October in a prime spot on Mule Alley next door to the Lucchese Bootmaker store. The Fort Worth Flea Style will have a mini Heirloom Haul beverage and snack bar, not the full menu of its other tea rooms.

That Stockyards store will also have a 20-foot hat bar with 10 stools for customers to sit and create.

Cobb has also added hat bars to the stores in Deep Ellum and The Star in Frisco.

The Deep Ellum store has doubled as Style Concepts’ headquarters. But by early next year, a building next door will be ready to house the growing staff and the online business that Cobb and her staff built up last year to get through the worst months of the pandemic. Online took off and will more than double this year, she said.

The newest Flea Style store will also have an expanded home décor area that will sell prints, pillows, loungewear and other items found in the Bungalow.

The Bungalow is her third Fort Worth business, a 1,900-square-foot, four-bedroom house that sleeps nine that she just purchased and is renovating to become a vacation rental. The house is 2.8 miles from the Stockyards and her two stores in Mule Alley.

Cobb grew up in Southern California and moved to Dallas in 2001 to attend Southern Methodist University. She had been holding shopping events by putting together her own flea market finds and recruiting local artists and small businesses to sell their products. Cobb started the retail company Flea Style in 2015 and continued the concept of repurposing secondhand goods and discovering new artisans who made home decor, jewelry and apparel.

She opened her first store in Deep Ellum in 2018.

“We really picked up the pace in the last 23 months,” she said. “We just tripled our team in the last month and a half. We’re working on our new experiential retail, which people seem to appreciate.”

Cobb said she had been talking to real estate contacts in Fort Worth about an expansion, but it had to be in the right place. “We like to be around entertainment areas: Deep Ellum, The Star and now the Stockyards.”

The Bungalow vacation rental started out as an idea to save money on hotels for extended staff visits to Fort Worth. She launched a waiting list for reservations, and 200 people signed up in the first 24 hours.

“I’m thinking we should buy some more houses,” Cobb said. She’s decorating it with mostly vintage furniture finds. Likewise for the new store, and she just got back with a haul from the Canton Flea Market for both.

With the Fort Worth house so close to the new Flea Style, she’s thinking of marketing the two together for bachelorette parties.

“My first love was interior design. The bungalow is the ultimate way to tie a bow on all these concepts,” Cobb said. “It’s been a blast. Our customers are going to love it.”

Looking for more retail coverage? Click here to read all retail news and updates. Click here to subscribe to D-FW Retail and more newsletters from The Dallas Morning News.