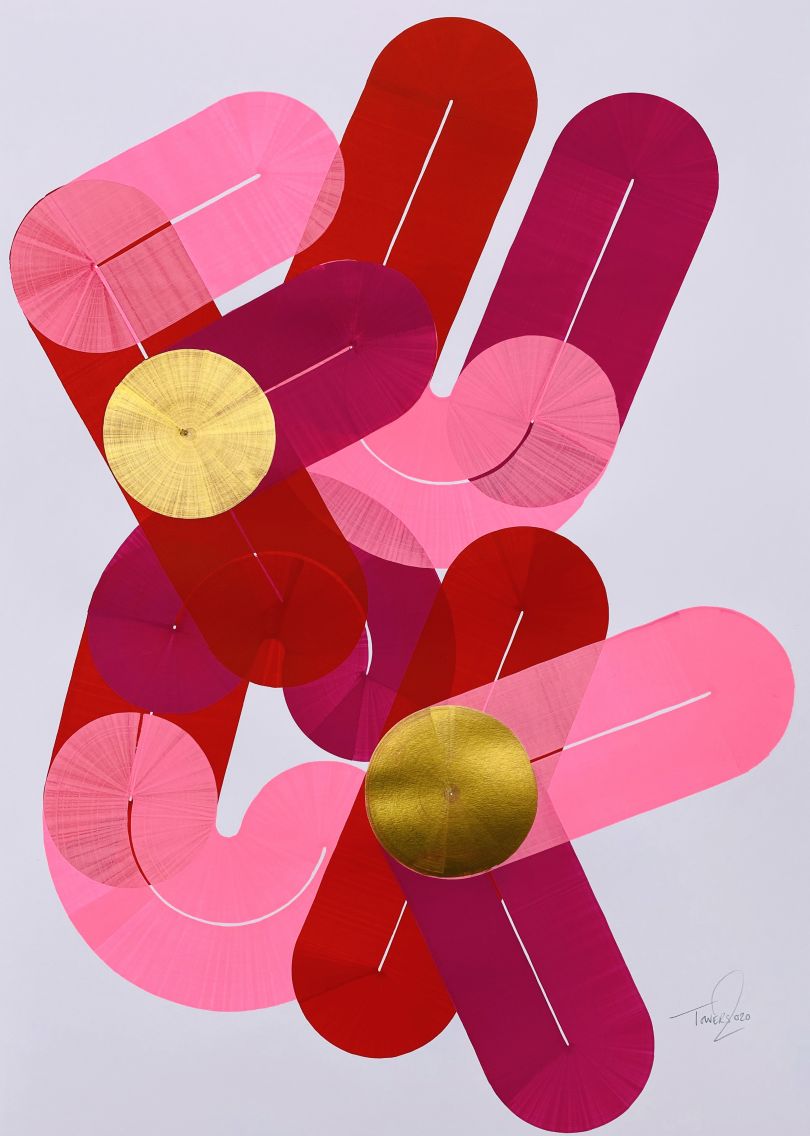 On show at the BSMT Gallery in Dalston, London this September, the series of 20 artworks are a selection of thoughts and ideas pieced together as one cohesive whole. Created by hand, each is totally unique. “I love the unpredictability of creating artworks by hand rather than digitally”, Towers explains, “the ink has a lovely humanity to it, as it’s been dragged by hand across the canvas.”

Influenced by the experiences of “working for 16 months working in a small, dark bedroom”, the work is a continued evolution of Towers’ design process and an aesthetic he’s been working on since 2012. Those who are familiar with Towers will know of his Dave on the Dole fanzine, printed on jobcentre forms, after his time at Duncan of Jordanstone College of Art was cut short by the “constraints of student finance”. The work got picked up by Creative Review, which led to a placement at The Face and opened doors for positions at various design agencies, including in-house graphic designer at Mathmos Lava Lamps – then going through a ’90s resurgence. Fast forward to today, a clutch of design awards under his belt (Stella Artois, John Lewis) and a successful career in advertising, he is now Executive Creative Director, Design at Ogilvy UK.

Alongside agency life, Dave Towers creates artworks that have earned him a huge global following. His career as an artist began in 2009 when, whilst seeking inspiration from creative blogs of the time, he discovered the Molotow (a German art pen used in graffiti) and was instantly mesmerised. “It looked like a magical thing I’d never seen before. You could create screen print type visuals on your kitchen table,” he explains.

Around this time, Instagram was in its heyday, and Dave began playing with the platform, using it as a tool to find a market for his art and reach new audiences, making videos of his design process that instantly went viral. It was whilst on a trip to San Francisco that his work got picked up by influential design blog, DesignMilk. This proved to be the tipping point and the commissions started flooding in.

“Essentially my work is a form of calligraphy with the brushwork,” he adds. “As humans, we warm to the humanity in imperfection. I think this is part of the appeal of my work. The acceptance of its imperfections makes the work feel authentic – something that’s less common these days.”

Free by Dave Towers runs from 3-12 September at BSMT Gallery in Dalston, London. Discover more of his work at dave-towers.com or follow him on Instagram.