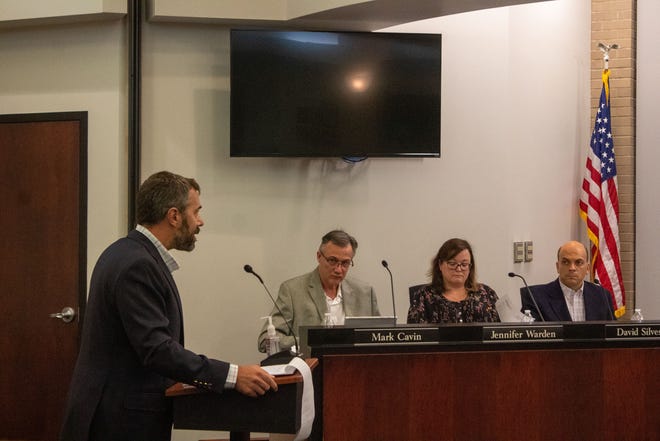 WOOSTER – A longtime property maintenance contractor is on thin ice after Wooster City Council narrowly approved to expand its $50,000 contract to $160,000 for the remaining four months in 2021.

“I don’t want to be contracting someone who breaks our city’s laws,” Warden told the council.

By storing trailers on his property that is zoned as a traditional residence, Warden said he is essentially operating a business out of his home.

According to Jonathan Millea, the city’s development coordinator, Thomas has removed the trailers and applied for a home occupancy permit.

If the measure failed, the contractor would no longer work for the city, which would force the city’s limited employees to clean out houses, mow lawns and provide general property upkeep.

The city will continue its contract with Jimmy’s Maintenance and Lawn Care through the end of the year.

If Thomas does not continue to comply with zoning regulations on its nearly 70 properties, the city will consider contracting with different companies.

Other business at the Sept. 7 Wooster City Council meeting

Up Next: City Council meeting on Monday, Sept. 20.