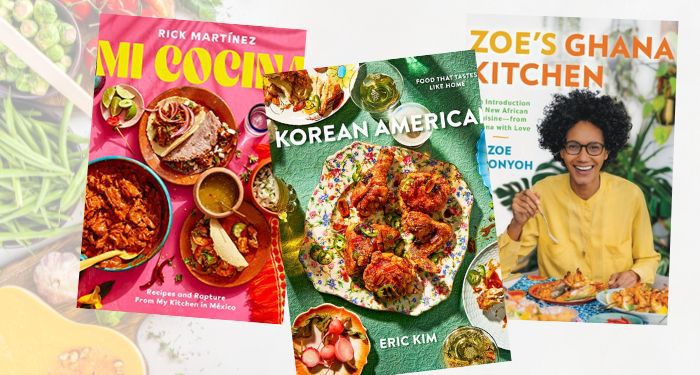 This content contains affiliate links. When you buy through these links, we may earn an affiliate commission.

Historically, cookbooks have been an essential tool for sharing culinary knowledge, traditions, and culture. Even if it feels like every possible recipe has already been recorded at some point in time, new cookbooks today that are still changing the game, creating something unique, and giving readers the skills they need to feel more confident in the kitchen. Check out these new cookbooks from the past year that will teach you something unexpected and leave an impression on the way you approach food — whether directly through their recipes, through their versatile techniques, or through the stories told in between.

I’ll admit, I’ve been wooed by online recipes and food blogs in the past. You can find a recipe for pretty much any dish for free on the internet, and comment sections can even help you learn from other home cooks’ experience. I’ve always had beautiful, interesting cookbooks on my shelves at home, but I would often flip through the pretty pictures and then turn to the internet when it came time to make a meal. I’ve challenged myself in the past couple of years to actually use the recipes and techniques found in my cookbooks, and I’ve been surprised by how much I’ve learned. If you love cookbooks but don’t often find yourself actually utilizing them in the kitchen, I highly recommend it! And if you’re looking for some fresh culinary inspiration, then these new cookbooks are sure to bring the heat. 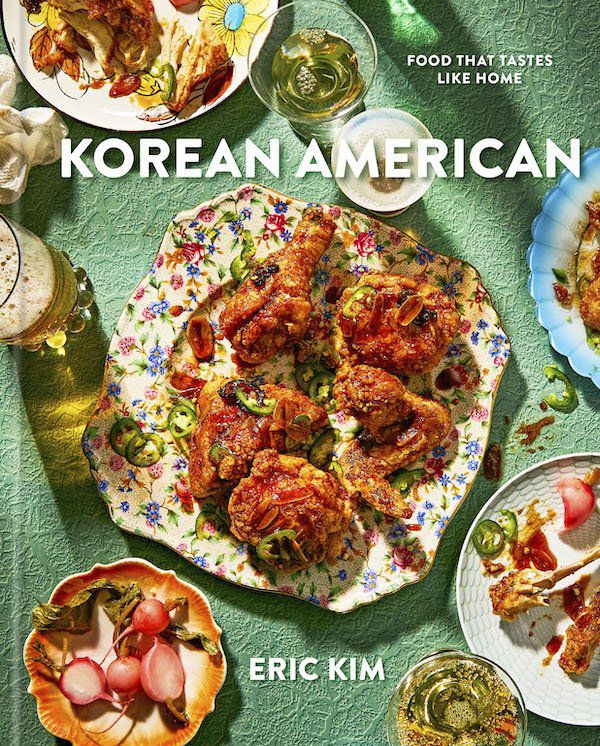 Korean American: Food That Tastes Like Home by Eric Kim

I first learned about food writer Eric Kim through his recipes and videos for New York Times Cooking. His recipes for soft sugar cookies with raspberry frosting and sheet-pan bibimbap have gone viral, and I’ve tried several of his NYT recipes with great success. So when I saw on Instagram last year that he was working on a cookbook, I knew it would be good. But I didn’t expect that in addition to great food, it would also be a celebration of a beautiful mother-son relationship, a history of Korean food in the U.S., a guide to Korean ingredients and flavors, and a testament to how food can help us honor our family’s past and present. The result is magical, with recipes seamlessly combining traditional Korean dishes and American comfort food. Korean American will inspire you to think about what our food represents and how family recipes touch more than just our stomachs. 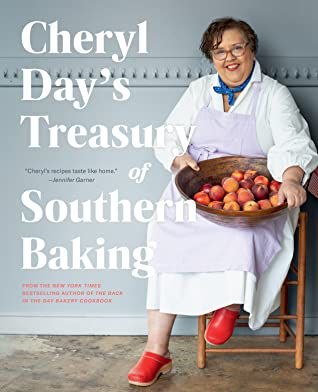 If you’re looking for one trusted resource for all things Southern baking, then look no further! This new cookbook is an absolute treasure trove of deliciousness, with hundreds of recipes for beloved classic Southern baked goods. Cheryl Day is the owner of Back in the Day Bakery in Savannah, Georgia, and a co-founder of Southern Restaurants for Racial Justice. She’s also the great-great-granddaughter of an enslaved pastry chef known for her biscuits and cakes. Day utilized her extensive antique cookbook collection, as well as conversation with family and fellow Southern bakers, to create this stunning work that celebrates traditional from-scratch baking of everything from breads to cakes to pies to preserves and so much more. She also recognizes throughout the book how our idea of American cuisine has been shaped by enslaved Africans and Black Americans. It’s a beautiful testament to true history of Southern baking, and it will absolutely take your baking skills to the next level. 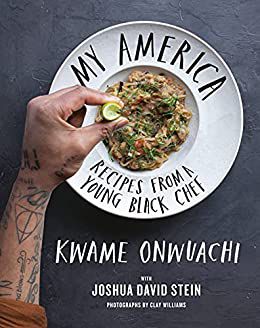 My America: Recipes from a Young Black Chef by Kwame Onwuachi

Kwame Onwuachi is one of the biggest names in today’s culinary world. He’s won the James Beard Rising Chef of the Year award, competed on Top Chef, and opened five restaurants by the age of 30 — and he’s just getting started. My America is Onwuachi’s first cookbook, although you may have heard of his acclaimed memoir, Notes from a Young Black Chef. Raised in New York City, Nigeria, and Louisiana, Onwuachi is particularly interested in how the African diaspora has shaped global cuisine. His recipes are a celebration of African, Caribbean, and American flavors, and in between, he includes stories of his personal travels and ruminations on the connections between food and sense of place. This cookbook eschews shortcuts in favor of homemade sauces, stocks, and seasonings, so it’s perfect if you’re looking to really elevate your “from scratch” expertise.

Thank you for signing up! Keep an eye on your inbox.

By signing up you agree to our terms of use 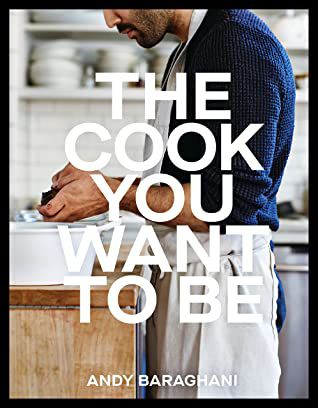 The Cook You Want to Be: Everyday Recipes to Impress by Andy Baraghani

If you’re an ambitious home cook, sometimes it feels like there’s a limit to how much you can achieve in your own kitchen. In this cookbook, food writer, social media chef, and former editor of Bon Appétit and Saveur Andy Baraghani shows that you can create stunning and complex dishes using the tools you have at home and a little imagination. Baraghani’s recipes are vegetable-forward and deeply shaped by his experiences as a queer, first-generation Iranian American, his travels around the globe, and his culinary education at legendary restaurants including Chez Panisse. The Cook You Want to Be has go-to recipes and inspiration for making restaurant-quality, incredibly impressive dishes in half the time (and without going to culinary school).

Recipes to try from The Cook You Want to Be:
Caramelized Sweet Potatoes with Browned Butter Harissa
Spicy Cauliflower Ragú with Lemony Breadcrumbs
Tangy Pomegranate Chicken 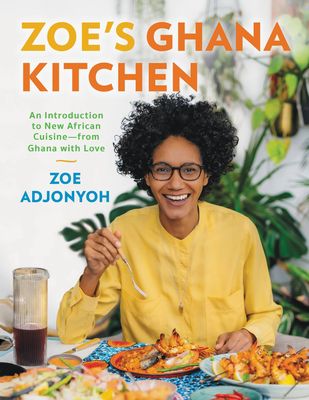 Zoe’s Ghana Kitchen: An Introduction to New African Cuisine – From Ghana With Love by Zoe Adjonyoh

Chef and entrepreneur Zoe Adjonyoh is one of the leaders of the New African Cuisine movement, and she’s passionate about making African gastronomy accessible to the masses. Adjonyoh has spent a decade making her impression on the culinary scene through a restaurant, kitchen residencies, supper clubs, and mobile catering. Now she’s bringing her immense knowledge of Ghanian cuisine to bookshelves in her cookbook Zoe’s New Ghana Kitchen. This cookbook updates traditional West African dishes for modern kitchens, as well as exploring ways to combine African flavors and ingredients with internationally popular dishes. But it also does so much more than that: it explores Adjonyoh’s family history, introduces readers to Ghanian traditions, provides cheat sheets and glossaries, and even includes a Spotify playlist to get you in the cooking mood. Zoe’s Ghana Kitchen is a love letter to Ghana that will show you how wonderfully versatile West African flavors can be. 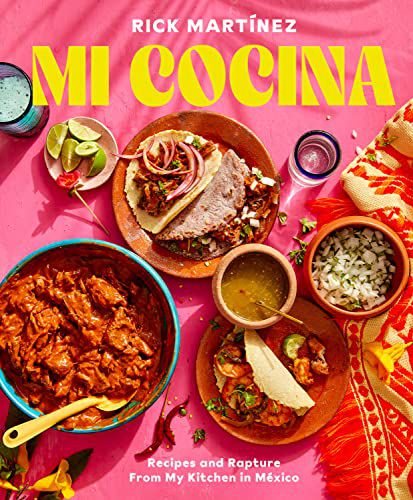 Mi Cocina: Recipes and Rapture from My Kitchen in Mexico by Rick Martínez

You can take a 20,000 mile journey through Mexican cuisine, including 32 states and 156 cities, in Mi Cocina by Rick Martínez. Martínez hosts multiple food-focused YouTube series and a podcast, and you can find some of his mouthwatering recipes on New York Times Cooking and Food52. When traveling, researching, and writing this cookbook, Martínez was determined to show the great diversity and depth of Mexican food from coast to coast. These recipes recreate some of the taste memories from his journey, and even more, provide readers with helpful techniques and lists of essential tools and ingredients for Mexican cooking. The cookbook is organized into seven Mexican regions, and it includes beautiful photos that will take you on a trip to Mexico from your own kitchen. 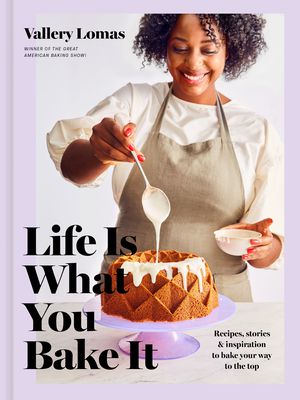 Life is What You Bake It: Recipes, Stories & Inspiration to Bake Your Way to the Top by Vallery Lomas

Vallery Lomas should absolutely be a household name. She was the winner of season four of The Great American Baking Show — and the first Black winner of the whole Great British Baking Show franchise — but her season was abruptly cancelled right after its debut due to accusations of sexual harassment against one of the hosts. After this whirlwind of success and disappointment, Lomas got to work to create her own baking legacy. She now creates cooking videos and shares recipes on New York Times Cooking and Food Network. After growing up in Baton Rouge, Louisiana, Lomas lived in Los Angeles, D.C., and Paris before settling down in Harlem, giving her cooking Southern roots with worldly sensibilities. In her cookbook Life is What You Bake It, Lomas shows the immense persistence and optimism that helped her succeed after her television fame so swiftly disappeared. It’s a beautiful combination of family recipes, flavors inspired by her travels, and unique dishes that show Lomas’s determination to live her best life.

Recipes to try from Life is What You Bake It:
Accordion Biscuits
Blackberry Lemon King Cake
Beignet Fingers 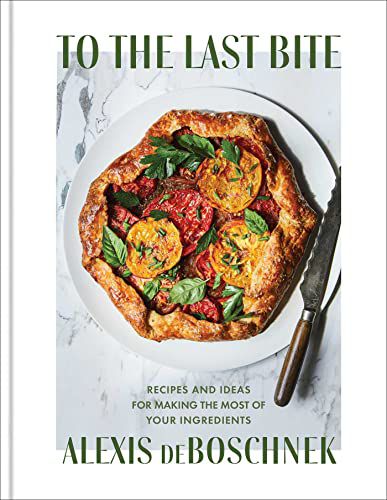 To the Last Bite: Recipes and Ideas for Making the Most of Your Ingredients by Alexis deBoschnek

“Waste not, want not” has long been a useful proverb, but with massive effects of climate change looming, it’s also become a motto to live by for many eco-conscious chefs and foodies. In this cookbook, recipe developer and former test kitchen manager of Tasty by Buzzfeed Alexis deBoschnek has created delicious, vegetable-forward dishes that utilize every bit of your ingredients to reduce food waste. From the tops of leeks to chicken carcasses to parmesan rinds, deBoschnek finds a useful purpose for things that otherwise might go in the trash, and many recipes are versatile enough to use whatever ingredients are already in your refrigerator. Additionally, To the Last Bite includes tips for shopping and cooking in an environmentally friendly way, prioritizes locally-sourced produce, and shares advice for eating from your own garden. It’s a true testament to how environmentally responsible cooking can also be beautiful and delicious.

Recipes to try from To the Last Bite:
Mixed Olive Tapenade
Pasta with Tomato Confit and Ricotta
Black Garlic Butter Salmon with Scallions

8 New Cookbooks to Level Up Your Culinary Skills